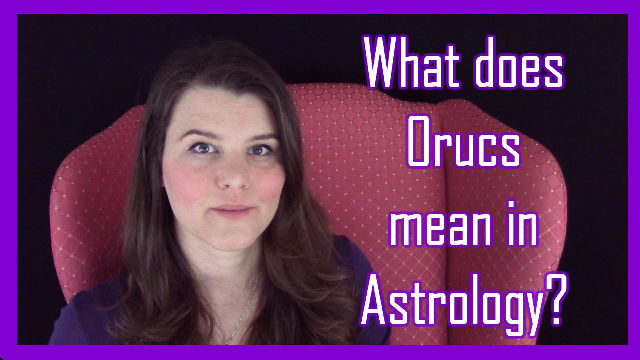 What does Orcus mean in Astrology?

The following was channeled from my intuition on what Orcus and Pluto mean in astrology.

I cannot talk about Orcus with out including her compliment, Pluto; because they are both aspects of the same energy. They both represent unconditional love though they express it in opposite but complementary capacities. Masculine is to feminine and Pluto is to Orcus. (And Orcus is the higher octave of Venus, just as Mars is the higher octave of Pluto). Both planets represent power in someone’s chart and they represent the universal plan being carried out in a very sometimes real and tangible undeniable way. While Pluto’s energy of unconditional love blasts away anything that is not authentic and in complete harmony with the greater universal plan, Orcus brings in all that is authentic and based in love to take its place. Their energies harmonized and blended together crate transformation in the highest sense. Pluto without Orcus would leave a path of destruction, and Orcus with out Pluto could never really build anything on a sound foundation, because it would have no foundation, Pluto wouldn’t have come along and bulldozed space for Orcus.

Orcus doesn’t look back. It only looks forward. It uses all the aspects it has to create out of love that vision which it holds in its heart. It uses all it’s assets to create that which it’s trying to create a new. It is the planet of alchemy. It is the rebirth where Pluto is the death. Where Pluto was only concerned about destroying the old building built on concepts of in-authenticity, Orcus is concerned only with rebuilding the building – but this time in its authentic divine blueprint form. Orcus is about contacting new worlds and realms of being and bringing in those attributes that will create a new form that is in alignment with the highest form of the individual as well as the collective. Orcus is the laying of new groundwork, so where ever its’ transiting will be new things built in that area of your life complete and whole for you to express yourself thru. Where Pluto leaves you in the shock of the sudden disaster that has just occurred whether physically or emotionally, Orcus is the mother who rushes in and holds her child and makes everything ok. It’s that getting just what you need to not just regenerate and recuperate – but thrive after the disaster of Pluto has destroyed all.

Pluto is the volcano that has the scientist scratching their heads wondering “how did that happen?” and Orcus is that energy that is like those plants and mosses and bugs that show up to live on the barren plane of lava after the volcano explodes, that also have the scientists scratching their heads “wondering how that happened also.” But unconditional love is sometimes like that, on both sides.

Where Pluto suddenly vaporizes a dead weight out of your life (depending the prospective of the ego, you may not see it as a hindering dead weight) Orcus suddenly Beams down from the heavens, or just drops into your lap from seemingly nowhere, that which will suddenly enable you to carry out your purpose, and to know what it is.

Orcus’s energy like Pluto can be working seemingly “hidden form view” in your life for many years. While Pluto works to destroy all that would impede you from being able to express your spirit into form, Orcus on the other hand works to bring all those things into your life that will assist you, and support you in being able to express your spirit in form.

Orcus’s energy expresses it self as true unconditional love energy that knows itself to be unconditional energy, and there for has strict boundaries. It does not allow anything into this life that is not authentic, or that would compromise its integrity. It is then not interested in the past, or anything that came before, it is only interested in, what comes next in love? What can we create now? What can we now build in its most glorious from that serves the self as well as others? How can we crate a structure that works for everyone in its highest and best form? Orcus is very humanitarian.

Orcus is also about new frequencies of energy. New and higher forms of energy. It is the vibration of the alchemist. It is creator love energy. Orcus is the Change. It is the New energy. It rules healing with energy, light and sacred geometry. And healing that which from a previous point of view before the death met by Pluto, seemed to never be able to happen. Orcus rules miracles and overwhelming acts of kindness. It also rules dolphins and higher aquatic animals. It also rules a higher universal plan; it is the energy of soul that wishes to express itself in form. It also rules those ideas of complete clarity coming from a higher source suddenly in your brain out of nowhere that forever change you. It is the energy of your soul blueprint in form. It rules higher realms of consciousness. It is bridge energy from the creator into your physical form. It is the energy of your soles higher plan for you on a spiritual level, if you ever seek to look at it.

Orcus’s energy is the divine inspiration, birthing of new form and building of such. I guess you could say that Orcus is kind of like a chicken. When it drops an egg from your universal self, the egg contains all the ingredients and all the magic to not only hatch your divinely inspired plan, but to carry it out to the fullness of it’s potential.

Orcus is also about doing nothing to a degree, because it’s about magic. It’s about flow. It’s about suddenly what you wished is right there right now, and CAN be, because Pluto did its job well.

These aspects of yourself express themselves as separate in your personality and as aspects outside of yourself until you cross the door of complete death rendered from Pluto and trust as you walk thru the void to come out the other side and really feel the other side of unconditional love energy, which is Orcus, — this is when you turn into the phoenix and rise from the ashes. And as such, come out the other side, with your power not only internalized, but reunited. Power is no longer seen as subjected over you, but flowing thru you. Power is also now not seen as one aspect of duality either, — utter destruction solely, or only love and goodness. Power is understood to be the blended aspects of these two planets. It is no longer seen by the ego consciousness as destruction is bad and something to be escaped from, and nor is rebuilding seen as good and the only thing to be hoping for. Power is understood to be transformation, which includes the dismantling of something (Pluto), and rebuilding again in new form (Orcus). Both energies are understood to compose power in its wholeness and entirety. Both are equal in strength and necessary for transformation. And the true definition of power is understood to be transformation. And is internal of course. And at this point you do not wonder like the scientist standing at the mount after the volcano explosion, because you understand yourself to have been the volcano, and the new plants.

Copyright 2010 All Rights Reserved Arwen McLaughlin Please give credit if you use this. http://www.arwenmclaughlin.com/what-does-orcus-mean-in-astrology/  Thank you.