This card speaks of sneaky or underhanded behavior. The character in the card is doing something without others noticing. So this cards talks about noticing what is going on around you that you are not seeing. As well as… is someone in your life doing something that you can’t see? Is the wool being pulled over your eyes in some way?

If we dive deeper into the character in the card taking the swords without anyone noticing… we have a person who thinks they can only achieve things if they do it without others seeing them. They might have the underlying belief structure about reality… that if they want something… others won’t let them have it, and so to get their needs met they’ll have to ‘take it’. Because if the others knew, they wouldn’t give it to them.

This can also mean that the central character doesn’t think he / she has the power to create or bring in what they need. And thus on some level they think they need to take it from others. This character doesn’t believe in or feel their own power, or believes that other people won’t let them have power. So to compensate they do sneaky or underhanded things to get power. This character might also associate a lot of responsibility with having power, and only wants the ‘thing’ but the not responsibility that goes along with it. Be aware that the problem here is this characters perception of his power in relation to the world and others is the problem, not that he doesn’t have power. So his emotions and feelings are all are a result of how he perceives his world to be and not that in actuality he cannot have power / influence / get his needs met.

This card could be you in the reading or it could represent someone else that you have to deal with in the reading. Either way it would be prudent to examine the situation further. What are you hidden agendas? What are their hidden agendas? How can this be remedied? Can you protect yourself in some way? Can you get more in formation in some way to see if something shady is in fact going on?

This card can represent someone with a shrewd and sharp intellect, but that doesn’t mean that their moral compass is pointing to true north.

Whereas the upright seven of Swords character feels that they have to take what they want… in the reverse the character perceives that they can’t use their will to get what they want. Things to them may feel hopeless or never-ending because they don’t feel that they can enact change on things in the ways that they want to. This person may be likely to feel depressed sometimes from a perceived lack of ability to change said circumstances. This person may also overly believe in divine timing to an extent that this detrimental to them. They think everything has to do ONLY with divine timing THEY have no place in making thing happen. This person probably has all sorts of dreams and desires that they never bring to fruition because they don’t believe they can, and thus are overly dependent in the universe to bring it to them, and in addition they don’t feel their needs are seen by others.

The seven of swords reversed asks you to really look at your preconceived notions about things and ask yourself, is this actually true? Is the situation as it seems actually true? What do I feel my role is in creating this and is it healthy? What would be healthier and aligned? Dropping limited thinking patterns and perceptions of self can help this persons move along. 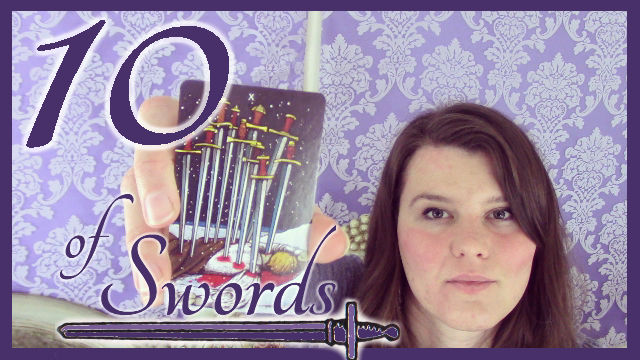